Freedom from Religion or Freedom for Religion 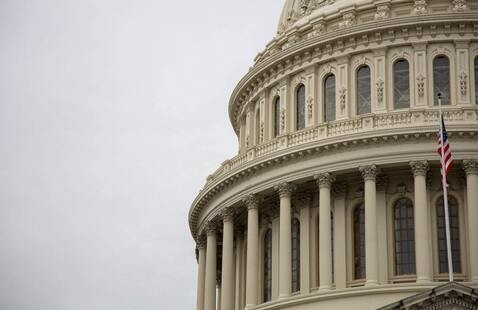 This event, "Freedom from Religion or Freedom for Religion: Rethinking the First Amendment's Protection for Religious Liberty," will be presented by Vincent Phillip Muñoz, the Tocqueville Associate Professor of Political Science and Concurrent Associate Professor of Law at the University of Notre Dame. He is the Founding Director of ND’s Center for Citizenship & Constitutional Government. Under his leadership the programs have raised over $16,500,000 in grants, gifts, and pledges.

Dr. Muñoz writes and teaches across the fields of constitutional law, American politics, and political philosophy with a focus on religious liberty and the American Founding. He won a National Endowment for the Humanities fellowship to support his new book, Religious Liberty and the American Founding: Natural Rights and the Original Meanings of the First Amendment Religion Clauses,  published by the University of Chicago Press in 2022.  Articles related the project have appeared in American Political Science Review, The Harvard Journal of Law and Public Policy, Notre Dame Law Review, American Political Thought, and the University of Pennsylvania’s Journal of Constitutional Law.

A public lecture co-sponsored by UNO's Constitutional Studies Forum, supported by a grant from the Jack Miller Center, and the Goldstein Family Community Chair in Human Rights.

College of Arts and Sciences